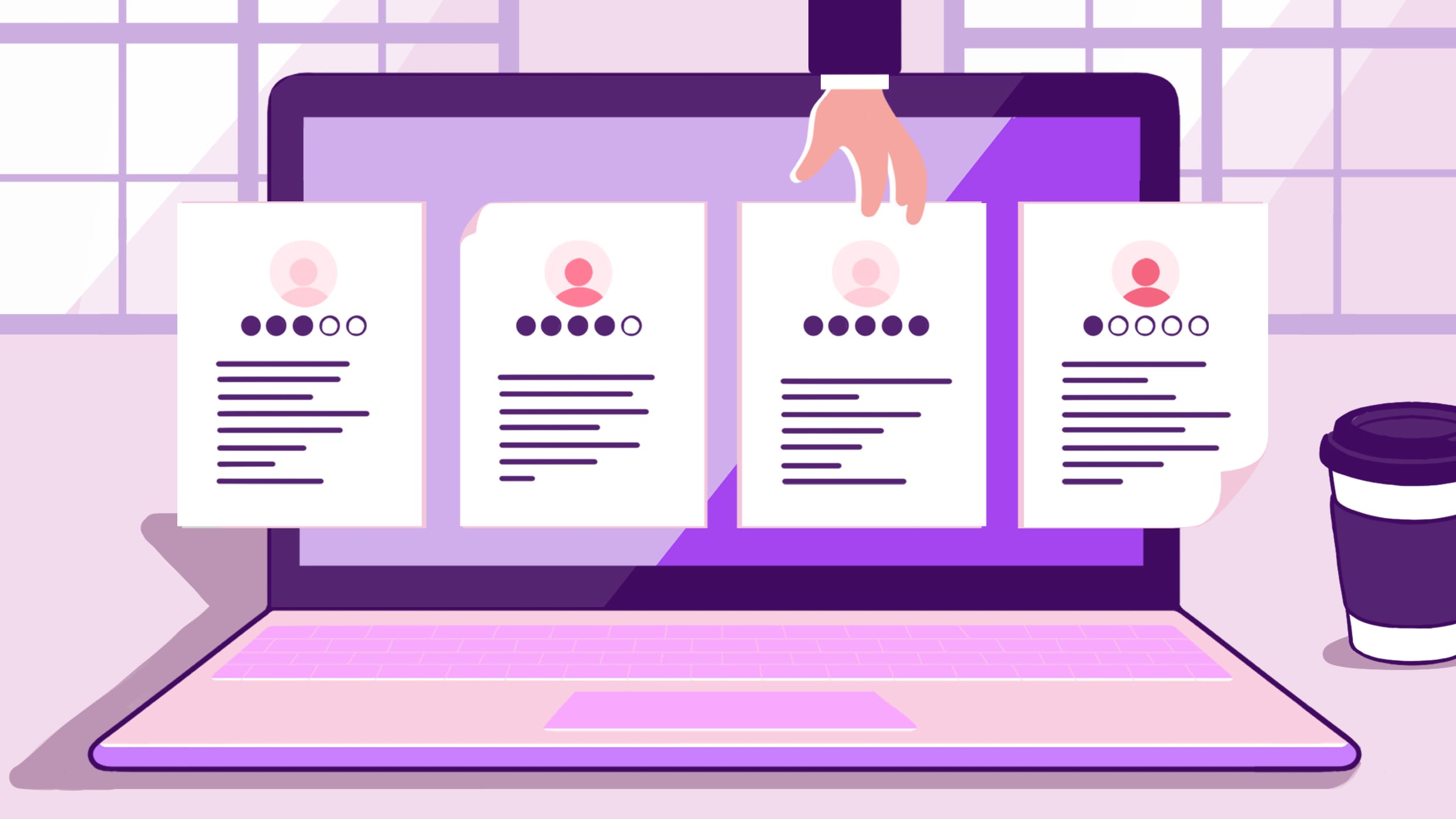 The number one goal of a startup is traction. In the simplest terms, you get traction when you pull or push customers to you through a certain channel. In their book “Traction: how any startup can achieve explosive growth”, Gabriel Weinberg and Justin Mares list 19 channels through which startups can gain traction (see Sidebox). It is common for companies to experiment with different channels, use a few of them in parallel, or employ one channel at a time. In other words, startups try to find the channel that works best for their product and target audience, leverage it, and then experiment with other channels to get even more traction.

Certain channels can produce results quickly (social and display ads, aka pay-per-click) while others will take more time (SEO); some channels can be very cost-efficient (viral marketing) while others may require considerable energy and investment (trade shows). But the best combination in terms of speed of producing results and cost-efficiency can be obtained from email marketing channels.

To clarify, in this post we will not be talking about opt-in email marketing, where a user signs up for a newsletter, for example, and then you approach them with content from time to time. Instead, we will focus on B2B lead generation using a cold approach via email and LinkedIn. We include LinkedIn because its messaging platform is similar to email but in our experience yields even better response rates for B2B lead gen. Therefore, to maximize response rates to your campaigns, you might want to use both of them seamlessly (more on that later).

Not all products and services are worth pitching using LinkedIn and email automation. There are three constraints to consider before engaging this channel: reach, price, and bandwidth.

You can reach about 2,000 contacts per month using one LinkedIn and email account because LinkedIn limits users to about 100 messages per day, and excessive email use may cause your messages to be flagged as spam. Therefore, if your product is B2C, you might want a wider reach and opt-in, which can be achieved with advertising, for example.

Lead generation via a direct LinkedIn and email approach is not cheap. It’s not easy to put a concrete number on it because it varies by case, but it’s definitely in the tens of dollars, and perhaps up to a few hundred dollars, per lead. If your product is low-value (e.g. low monthly fee) and your customer lifetime value is below $1,000, this method might be too expensive.

Last but not least is bandwidth constraints. Some products can be pitched in two or three sentences; others are not as easily explained without face-to-face interaction. The rule of thumb is that LinkedIn and email automation is a viable channel when you are able to zoom in on a very specific pain that your target currently experiences and show them a solution that is somehow unique.

Any LinkedIn and email automation campaign begins with prospecting, which consists of identifying potential customers (prospects). The end result of prospecting is a customer database with contact details (LinkedIn URLs and email addresses) later to be plugged into an automation tool to send messages. Prospecting is rather easy if your product audience can be accurately defined by geography, industry, title, and other criteria available on LinkedIn Sales Navigator search filters or other similar platforms. But if it includes custom parameters — for example, a number of open positions at a prospect or whether there was a new product launch recently — you may need to manually research each prospect. The disadvantage of this is that it takes time, of course. However, on the flip side, it may allow a much more personalized approach later.

Once you have completed prospecting and formatted the database with contact details, the next step is to create an outreach message sequence that you will use to get the prospects interested in your products or services. There is no clear rule on how many messages should be in a sequence, but our experience shows that four or five messages (enough to get noticed, but not too many to annoy) generally achieves the best results. Because we observe higher response rates on LinkedIn, we recommend starting your message sequences on LinkedIn and then moving to email for a final push if there is no response.

First, you will make a LinkedIn connection request along with a short one-sentence message explaining why it could be relevant to connect. You should target at least a 20% acceptance rate of your connection requests. If your number is lower, troubleshoot the prospect database (maybe you are approaching the wrong people), the connection message (maybe it’s not relevant), or your own LinkedIn profile (maybe it’s not interesting). If the prospect has connected without a reply (you can expect only 1% to reply immediately after receiving the connection message), proceed with a follow-up message on LinkedIn. Some people prefer to send the follow-up after a delay (usually up to 24 hours). Others like to reach out again immediately to use the momentum from the prospect having just accepted the request and therefore possibly being ready to engage in a conversation. We recommend the latter as it typically yields slightly better results, provided you are on standby to continue the conversation in real time. If still no response, proceed with a second follow-up, but this time allow a delay of a few days. LinkedIn is used less regularly than email (40% of users visit the site daily, but average usage is only 17 minutes a month). Therefore, it’s not uncommon for your messages to not be seen for a few days. If there is still no response, we recommend a slight change of channel: Reach out through LinkedIn InMail, which is a more formal (and usually paid) way of reaching out. This message will not only appear on the prospect’s LinkedIn messaging platform, but he/she will also be notified via the email that is attached to their LinkedIn account (usually it's a personal email, often used less regularly than a corporate email). If you still get no response, our recommended approach is to move to email and send a message with a follow-up using a corporate email address. The final response rate that we expect from a five-touch campaign is 10%, meaning that about half of your new connections on LinkedIn eventually produce a satisfying answer (a polite “not interested” response is also satisfying, as we shall see later). To improve the final response rate, in addition to tuning the prospect database and your LinkedIn profile, troubleshoot the contents of your message sequence and experiment with A/B testing (you can also tweak message timing and channels, but this is not a core area for improvement).

As for the contents of the messages in the five-touch sequence, it is not within the scope of this post to list guidelines for concise but catchy writing (here is a good start: https://firstround.com/review/a-founders-guide-to-writing-well/). There can be many creative ways of expressing your appeal to a prospect. However, before creativity and writing skills comes the tone of your appeal. Do you want to appeal to the prospect’s ego? Or perhaps you prefer a formal, business-like approach? Do you want to push your product aggressively, or would you like to cultivate the prospect and start soft? You can try several or all approaches and create different messages, assigning them to different customer segments. This is the purpose of A/B testing.

If you have a database of 1,000 prospects who share similar attributes, you can have three messages for A/B testing and assign 300 prospects to them (100 per message). Depending on which message receives the best results, continue approaching the remaining 700 prospects with the winning message.

With a little bit of prospect segmentation (for example, dividing your database by prospect title: founders and CEOs — Segment A, CTOs and engineering leads — Segment B, CMOs/CPOs/CROs — Segment C) and three messages for A/B testing per segment, you are looking at a campaign with nine different messages. Once a campaign is over, you start with a new one, where customer segments and messages can be improved by building on what you learned from the previous campaign. Ultimately, such an iterative approach should yield a response rate of 10% or more. We’ve seen many campaigns that start with almost no leads for a month and then gradually produce results as messages get refined and target segments become more granular.

Dealing with a NO

The campaign for a given prospect doesn’t end with a response to one of the sequence messages. It’s time to switch from automatic mode to manual and engage with each prospect individually. It is not uncommon for about half of respondents to reply with a negative sentiment, which includes either a flat “no” (“Thanks, I am not interested”) or “maybe later” (“Thanks, it’s a great product, but it’s not relevant at the moment”). We suggest using these answers to engage in a discussion. You might want to ask about current needs, competitors, or any other relevant information that might not only be worthwhile to find out but also create an opportunity to return to the conversation later. For a prospect from the “maybe later” category, it makes sense to ask permission to approach again later (usually granted) and schedule a follow-up. This way, your campaign is prolonged for a few months and some more leads can be generated when the negatives and maybes are pinged later.

After prospects respond to message sequences, the conversations can follow a few different paths. Usually those paths become visible after a few campaigns when you have collected several hundred conversation threads. At this point, if your automation tool supports machine learning, you can benefit from suggested responses. This feature is currently in development on jobRely’s platform. When launched, the goal is to automate the majority of responses to campaign contacts, which would allow lead generation on autopilot (as long as you feed in new contacts to reach out to, which can be requested as an on-demand service).

LinkedIn and email automation should be considered one of the first channels for getting traction, because it is cost-effective and can deliver results fast (a winning combo compared to other channels). Not all products and services can be promoted with the same effectiveness though — reach, price, and bandwidth constraints should be considered. For the maximum response rate from outreach to your prospect database, consider a five-touch messaging sequence starting on LinkedIn and then going into email. Aim for a 10% response rate and fine-tune your messages with A/B testing. Don’t give up when you get a negative response; instead, create an opportunity to reach out again later. Leverage machine learning to set up automated conversions with your prospects and continue lead generation on autopilot.